Login with Facebook
Login with Google
Forgot your password? Just enter your username or account associated email address below and we will mail you a password reset link. Sorry, login failed. Incorrect email, and/or password.
Sign in   |   Create an account
Top Stories
Coats Digital’s GSDCost helps Vietnamese manufacturer increase efficiency by 10%; on target to reduce manufacturing production time by 50%
Vietnam ships US $ 22.24 billion worth of textile and garment in Jan.-Jul. ’22
20th edition of Vietnam International Textile & Garment Industry Exhibition to be held from 21-24 September 2022
66.2% of USA clothing import comes from top six countries (all Asian) in H1 ’22
US imports predicted to slow down in H2 ’22, says NRF
America’s clothing imports in June ’22 up 1.52% over May ’22
Vietnam projects to clock US $ 45 billion export turnover from garment and textile in 2022
Home Business Trade Data Feature

As per experts, Vietnam may not be able to fully enjoy the benefits of CPTPP and EVFTA due to laid down rules pertaining to input materials.
by Apparel Resources 23-May-2019  |  3 mins read Do the much-hyped Comprehensive and Progressive Agreement for Trans-Pacific Partnership (CPTPP) and EVFTA (expected to be signed in June this year), going to open a new chapter of growth and opportunity for the Vietnam’s garment and textile industry?

Being preferential trade agreements that would enable Vietnam to enjoy duty benefits, one would expect CPTPP and EVFTA to go many a mile towards enhancing Vietnam’s exports.

Continuing with the impressive growth rate of the past year (16 per cent in 2018 compared with 2017, reaching US $ 36 billion in exports) which manifested itself in the first quarter of 2019 (11.9 per cent, with an export volume of US $ 8.6 billion), Vietnam Textile and Apparel Association (Vitas) is already expecting to touch the target of US $ 40 billion in exports well before expected. And now with the two agreements coming to effect in tandem soon, exports are expected to skyrocket further.

Well, it may not! Even though the EU-Vietnam FTA (EVFTA) and CPTTP, is believed to open new markets (Canada, Australia, New Zealand, Peru and Chile) while also giving a further boost to exports to Europe, there is a big catch.

As per experts, Vietnam may not be able to take full advantage of the preferential tariffs of the two important FTAs, CPTPP and EVFTA, because of issues related to input materials.

Regarding the product origin, under CPTPP’s ‘three-step rule’, the process of spinning, weaving, dyeing, finishing and sewing must be implemented in CPTPP member countries, which unfortunately Vietnam is unable to fulfil yet, as it has to import 50 per cent of fabric from China, 18 per cent from South Korea and 15 per cent from Taiwan, all of which are non-CPTPP nations.

Despite the challenges, the industry is still hopeful of making substantial gains.

As per Deputy Chair of Vitas Truong Van Cam, the EU-Vietnam FTA (EVFTA) promises an opportunity to export US $ 100 billion a year worth of textiles and garments.

What’s more, it’s not only the FTAs, the ongoing trade war between China and US could add a new component to Vietnam’s growth.

According to industry insiders, if the Chinese garments are subjected to US taxation, a part of orders would be redirected to Vietnam for sure.

Fluxmall DTG: Striving to educate the youth and the industry in Vietnam about DTG printing 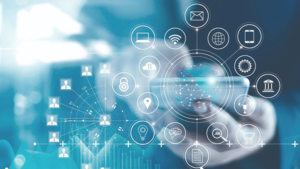 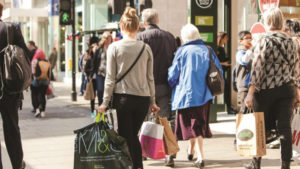